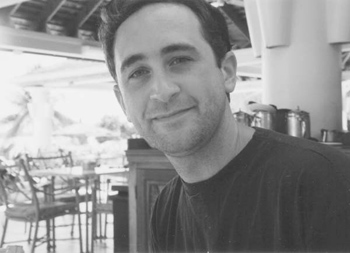 Ben received a BA in Illustration from Central Connecticut State University in 1996 and in 1999, earned the Master of Fine Arts in Painting from Fontbonne University in St. Louis, Missouri.

Ben’s specialty is oil painting and his work has been included in more than 150 national and regional competitions throughout the United States. Ben is one of the only painters in the United States painting exclusively on copper. His work on copper began after studying a painting on copper by Baroque artist Artemesia Gentileschi in Saint Louis, Missouri. Ben’s main artistic influences are French painters Fantin LaTour and Jean Simeon Chardin along with American painter Maxfield Parrish. It was a visit to a Maxfield Parrish Retrospective exhibition in 1996 that solidified his decision to be a painter. Benjamin’s still life paintings are characterized by their rich color and complex surfaces. Delicate subjects are carefully chosen for their contrast with the beauty of the copper support and painterly manner in which the paintings are executed.

Benjamin’s work is represented in private collections throughout the United States and Canada and has been honored with many awards. Ben was awarded the Faber Birren Color Award in 2003, and the Gold Medal of Honor for Oil Painting from the Allied Artists of America in 2004. Realist painter Philip Pearlstein honored Ben with the Realism Award at the 2002 Biennial Exhibition in Newport News, Virginia. Benjamin was included in the 2010 International Drawing Annual and the 2011-2015 International Painting Annuals from Manifest Gallery and Creative Research Center in Cincinatti. In 2008, Ben finished 2nd in the Artist’s Magazine International Still Life Painting Competition. In November 2006, a feature article about Benjamin was published in American Artist Magazine. Paintings and drawings by Ben can be seen in the films “A Little Bit of Heaven” (2011) and “Occulus” (2014).

Benjamin Shamback is represented by LeMieux Galleries in New Orleans, Bonner David Galleries in Scottsdale, Arizona and Hidell Brooks Gallery in Charlotte, North Carlina. Ben currently lives in Mobile, Alabama with his wife Amanda and two daughters. When not painting in his studio, Ben is Professor of Painting and Drawing at the University of South Alabama where he teaches courses in painting, drawing and color.